Across his three feature films to date (Medicine for Melancholy, Moonlight, and If Beale Street Could Talk), Barry Jenkins has devised a new cinematic vocabulary for the portrayal of Black experience in the United States. With sumptuous imagery and hypnotic soundscapes, Jenkins has embraced aesthetic beauty as a strategy for addressing the past and present injustices that bear on the lives of marginalized characters. His 2021 miniseries, The Underground Railroad is adapted from Colson Whitehead’s Pulitzer Prize-winning novel of the same name. A haunting, atmospheric account of two runaway slaves in the Antebellum South, the series is Jenkins’ most daring directorial work yet.

The Ackland Film Forum and the Department of English and Comparative Literature will host two virtual screenings (Tuesdays, September 21 and September 28, 8 p.m.) and a virtual roundtable discussion (Tuesday, October 5, 7 p.m.) in celebration of the department’s 225th anniversary. See below for full details.

Tonight’s First Virtual Screening features the first two episodes of The Underground Railroad series: “Chapter 1: Georgia” and “Chapter 2: South Carolina.” We invite you to watch along with us and chat with series organizers within the streaming platform. This virtual event will be held as an Amazon Prime Video Watch Party and viewers must have access to their own Amazon Prime account to join the Watch Party. The Watch Party link will be sent via email to registered participants on the day of the program (Tuesday, September 21, before 8 p.m.). Viewers must access the Watch Party on desktop browsers (except Apple Safari and Internet Explorer) or on FireTV devices in the Prime Video app. For full Amazon Prime Watch Party FAQs, click here: https://www.amazon.com/adlp/watchparty.

Register below for free tickets to the Watch Party and the link to join.

About “Chapter 1: Georgia”
When Caesar convinces Cora to escape form the Randall plantation in Georgia their lives are irrevocably changed. They discover the impossible in an underground railroad which takes them on an unexpected journey and reveals the true face of America. 1 h 8 min, 18 + — Amazon Prime Video

Register below for first screening and watch party link

Our virtual roundtable will feature two of Jenkins’ longtime collaborators: Joi McMillon (editor, and the first Black woman to be nominated in the Best Editing category of the Academy Awards) and Onnalee Blank (re-recording mixer/supervising sound editor). Join us for a conversation with these artists about how they work together to make such intensely affecting sounds and images, saturated with emotion and keyed to social consciousness.

These virtual screenings and the roundtable are co-sponsored by the Ackland Film Forum and the Department of English and Comparative Literature in celebration of the department’s 225th anniversary. See https://ecl225.unc.edu for further details. 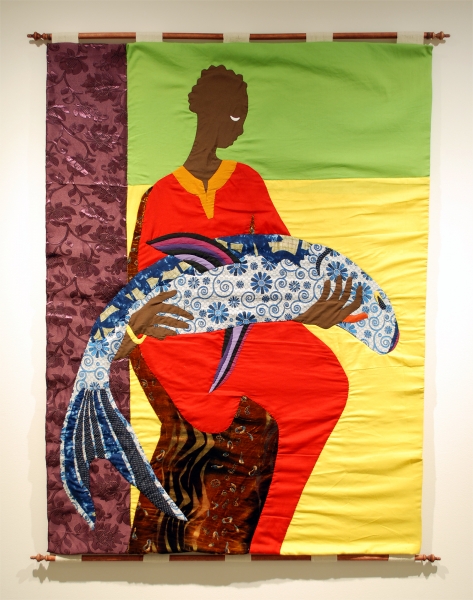 Ackland F.A.M. (Families at the Museum): The Artsy Alphabet